Mach-O is a binary format used by Apple for its systems. The binary format contains assembled bytes, data and other information. Structured by a list of load commands, where each load command hold the neccessary pointers to the contents.

At offset 0 lies a header structure, struct mach_header, containing the general information about the the binary.

cputype and cpusubtype declare on which platform can this binary be loaded (or which assembly type this file contains). The most we are gonna see are x86, x86_64, and arm64, arm64e; while arm 32-bit aka armv7 (armv7s, armv7a) exist, Apple dropped support for these platforms since the release of iPhone 6.

Each load command is structured, type of cmd, command size cmdsize, and information of that command.

There are many types of load commands, however we only focus on segment, dynamic library, symbols, fairplay, codesignature command types.

Segments are common in executable/library binaries. These point to the data inside where the .text or .data reside. In Mach-O binaries, a segment load command is followed by a series of sections, with each section mark the start/end of the data. The common sections are: __text, __cstring, __const, __got, __la_symbol_ptr, __mod_init_func, __data, __bss. These sections can be named without any restrictions, however compilers often name them by a rule of thumb. The attributes for the sections is marked with bit mask flag, indicating the attributes of the items.

A unique segment with no section is named __LINKEDIT. This section points to the last part of the binary containing various information, including tables of symbols, tables of symbols name, list of exported symbols, and binary’s signature.

Each dynamic library is registered through a load command containing the path to the library. The path can either be absolute or relative. Absolute path resolving is straight-forward. With relative path resolving, the binary can use either of the two forms: relative to current directory, or rpath. Relative path with the current directory is easy to understand, ./, ../ and such paths are valid in this case.

The Mach-O binary can possess many load command to denote the rpath, each of the item must be an absolute path, or relative path, or using @executable_path or @loader_path or @rpath. It is unclear whether rpath can be stacked, but as a rule of thumb, we should not use @rpath on rpath load command. A common rpath often used by Apple is @executable_path/Frameworks, which can be seen on iPhone/iPad application binaries compiled using Xcode.

Fairplay encryption is a mechanism designed by Apple to encrypt the app content with the device private key, such that you cannot run the app from another machine. The Mach-O binary always have a load command pointing to the section starts and end, and the encryption status.

Due to Apple design of the fairplay, we can’t recover the key to decrypt. However, we can actively dump the binary on memory, as it must be decrypted before running. Another method involves using the Apple mmap for fairplay encrypted region. These should be discussed on [[Fairplay]].

Codesignature is present on signed binary, using codesign with a distribution or development key. The sections tells us many informatin regarding the signer, and hashes. The signature is encoded in a PKCS#7/CMS with SignedData encoded in BER of ASN.1 (X.609). It also contains the list of certificates in X.509 format, and the signature digest. Currently Apple is using RSA to sign its binary.

The binary must be signed with a certificate chain root as Apple CA, otherwise Apple devices reject installation. Apps distributed through the Apple Store is also signed by Apple Store and device distribution certificate. For self-signed binary, the Apple CA is still the root certificate, while the children are developer certificate.

The above paragraph states the current situation of Mach-O symbols encoding. However, a few years ago, this was not the case. Few years back (don’t know when), they have a list of symbols and dynamic symbols in sperated commands. Thus in the newver version of Mach-O, they have a command id as, LC_DYLD_INFO_ONLY, which shows that it should not be used with the legacy list anymore. Loader crashes if this command is used with an non-empty list of (dynamic) symbols.

The Mach-O related structures can be found and read on Apple’s cctools modules at include/mach-o/loader.h. 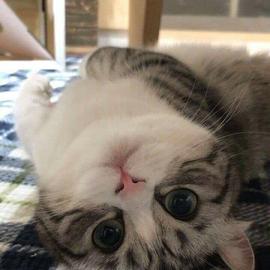